You know how some people do something once and then reckon they’re an expert? Well, I worked on the Secret Garden Festival production week for the first time last month (largely painting signs…), and now my mates and I reckon we can chuck a film festival.

It shall be très bon.

Truth is, we’ve been planning this for a while in our minds and hearts, and we thought it was about time we started planning it on paper and in excel worksheets.

We have a website.
We have accepted submissions from all over ze globe through filmfreeway.
We have a clifftop backyard.
We have some strapping young folk who are willing and able to construct a large screen for us (that’s actually Klaus and I).
We even have the red plastic that we’ll use for a media wall, because who in their right mind wants to go to a film festival and not get papped?

But most importantly, we are still accepting submissions of films 3 mins and under.

Fest your eyes on our exclusive promo video we shot yesterday arvo. Nothing like a bit of bossa nova to gloss over an uncomfortable situation.

Thanks Crangle and Klaus for being such excellent sports.

Good heavens! The phenomenal cats at CinéWomen, an annual French Publication have done me the honour of interviewing me about the creation of my feature film Frisky.

While you’re at it, slam those eyeballs of yours on the brand-spanking-new Frisky website here! You’ll find delicious links to the soundtrack and view the trailer, amongst other delightful treats…

Just look at all those gosh darn laurels, would you?!

Ya know, when someone asks you to be their bridesmaid, it’s generally a cause for celebration. Really, we do in the vast majority of cases, relish the opportunity to engage in party planning/preening/champagne popping activities with our best friends and family. However, occasionally one will be asked to take on such a responsibility when one couldn’t give a proverbial rat’s arse about the bride in question.

It leaves one feeling confused, bitter, even angry… Gasping one’s self awake in the dead of the night and exclaiming “Why, for the love of all things holy, did Anastasia choose me? I haven’t enjoyed the company of that strumpet since the Passion Pop incident of two thousand and four?!”

And yet, one is obliged.

Muchos gracias to the many legends who took the day off work to get chiffon-nasty in a studio in Annandale, my babeshow sister included (whom I happen to be the bridesmaid for currently and am DEEPLY STOKED about so everyone COOL YOUR JETS)… also my best mate who lent me a bunch of dresses (I’d better be on your bloody bridesmaid list too or I’ll be SO CUT).

If you haven’t seen the original Justin Bieber dance video by a bunch of legends in New Zealand which is BOMB DOT COM check it out here.

If you haven’t already liked it, go and show Frothpocalypse some love.

At long last, I present to you the trailer for Frisky.

When two twenty-something women move back to San Francisco, where they had met on exchange years earlier, their high career aspirations quickly become sidelined by their sexual interests. While wildly crass and charismatic in their public personas, they are in fact fundamentally at odds on many levels. Their opposing beliefs surrounding responsibility and romance, combined with their close quarters while crashing in an acquaintance’s living room, find them thrust onto a fast track to discovering what their friendship is really made of.
Based on true events, Frisky is an honest, tongue-in-cheek look at what it is to be a woman in the limbo years between college and “the real world”.

Music:
Evils That Never Came – When It Stops
soundcloud.com/evilsthatnevercame/04-when-it-stops

The Outs – Right Or Wrong
soundcloud.com/theoutsband/the-outs-right-or-wrong 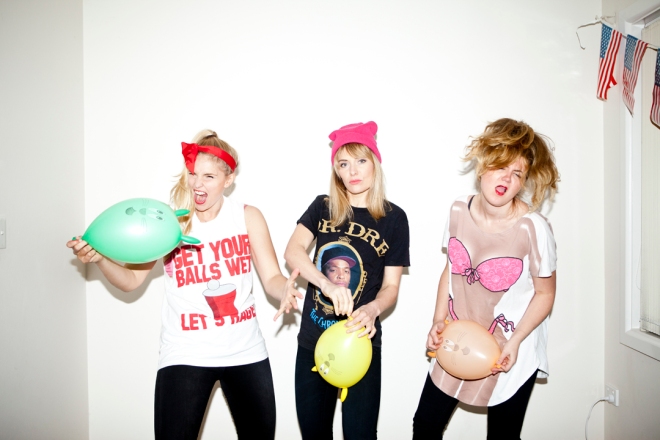 My mates Pru, Emma and I have banded together to make comedy sketches on the regular. We call ourselves Frothpocalypse. And we’ve made a website like a bunch of tech-savvy legends.

Check it out here.

Why are you still reading? You should be at the link above.

In the unlikely event that you didn’t bother to click the above link, here is one of our videos that might entice you to do so: 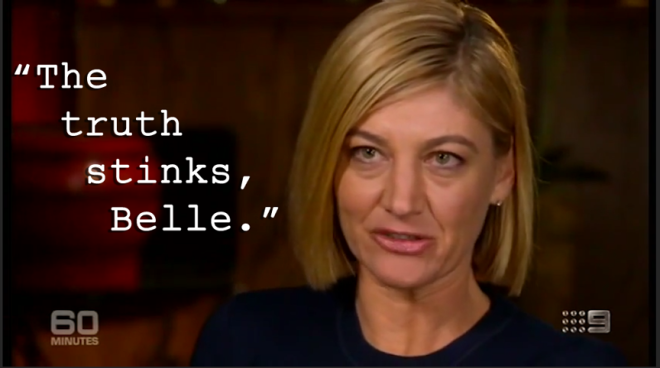 Prudence and I gathered today planning on filming a couple of sketches. Instead we bonded over a mutual appreciation for flatulence anecdotes and spent the rest of our Sunday afternoon taking the comedic high road as we edited together what we believe the Belle Gibson interview on 60 Minutes should have gone like.

UPDATE: Looks like we’re not the only fans of classic low-brow gags… Thanks for being so quick on the uptake, Pedestrian.tv! Check out the article here

UPDATE: Wow. 11k views in the first 24 hours?! What a sophisticated bunch we are. Makes me question why we ever bother scripting intelligent comedy. 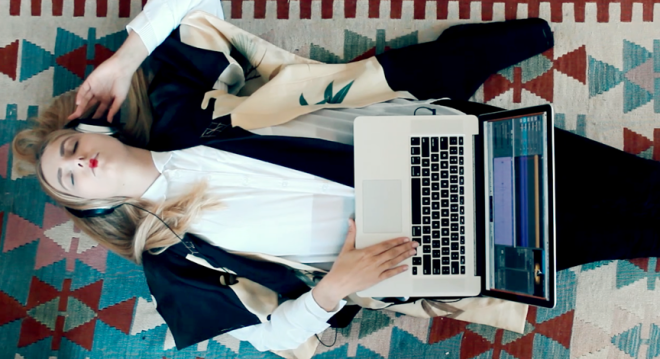 What do you know about faaaaahshion? Looking at the woman above, do you realise that you in fact know absolutely NOTHING? It’s time for a gobfull of guidance, layperson.

All the rest of our fVogue “it girls” here.

And if you’d like to see our “inspiration”, check out the Vogue Italia Interviews.

After receiving the first little bit (in hopefully in a long line) of festival attention last week, I present to you the long-awaited trailer for Winning Formula – a comedy feature film I wrote and, alongside Prudence Vindin, starred in.

Go ahead and watch it repeatedly, and share the pants off it. Por favor.

Holy moses, I’ve finally cut together a reel! Hopefully this gives you, my discerning reader, a solid impression of the projects I’ve been involved with over the past three years. That impression will hopefully be described by you, while you share the living daylights out of it over social media, as “a fun-as-f**k film portfolio of frothpocalyptic proportions”. Go forth.

For more of my film work (and full length videos), check out claudiaflick.com

Films in this reel:

‘Dropping Out Of School’ – Brad Sucks
jamendo.com/album/31187/
Licensed to the public under creativecommons.org/licenses/by-sa/3.0/

There’s no firm (ha) excuse for this gratuitous (or should I say gratuit-ass) bot-bot video, but hey – it’s a teaser. And it’s my bot-bot. And my movie. So please, enjoy.

… I promise there’ll be a real trailer shortly. And a real movie too.

In the meantime, check out the Winning Formula facebook page for updates.